Director Jamie Chambers wants his film, screening at this year’s Edinburgh film festival, to be more than an elegy for the nation’s oral tradition of singing and storytelling 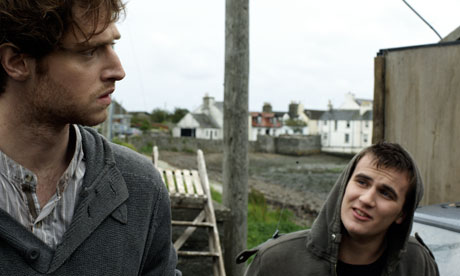 Home advantages don’t come much stronger than the one the new Scottish film Blackbird will have when it screens this week at the Edinburgh film festival. It isn’t just that the picture’s writer-director, Jamie Chambers, was born and raised in the city, or that he is artistic director of Transgressive North, a community of Scottish artists that has collaborated with the likes of Irvine Welsh, Jarvis Cocker, Alexander McCall Smith and Four Tet. Nor is it merely that this movie, inspired partly by Powell and Pressburger’s Hebridean romance I Know Where I’m Going!, will be vying for the prestigious Michael Powell award. The very subject of Blackbird is Scotland – specifically, the oral tradition of singing and storytelling. Despite initiatives to keep that tradition alive, including Edinburgh’s own Tradfest, the portrait in Blackbird of an entire branch of cultural history withering away is an entirely plausible one.