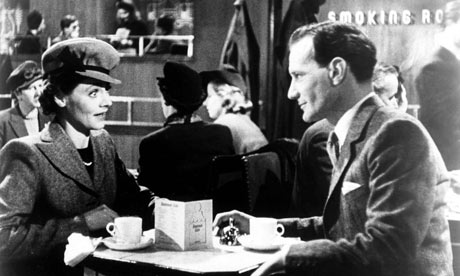 The tragedy of their romance is that it is doomed to be barren from the start. From the instant when the couple realise that their relation is something stronger than mere friendship, their happiness is lost. Innocence of action betrays the guilt of thought. The woman becomes suddenly aware of the weight of affection that holds her to her husband, the hundred tiny steely threads that bind her to her home. The man, while ready enough to throw over his own traces, is tender enough to respect hers, and so they part.The film has the benefit of three beautiful performances. Celia Johnson’s as the wife, Trevor Howard’s as the lover and Cyril Raymond’s as the husband. The sweetness, the sobriety, and the fresh delicacy of these performers prevents the film from ever becoming sordid.